We have recently witnessed a quiet, intelligent revolution in the form of consumer thinking, emphasizing the need for high quality and sustainable designs that restore our relationship with our wardrobe.
As major high street chain offer quantity over quality, with ridiculously low prices, consumers are tempted to buy excessive amounts losing any emotional connection to what they wear.
A new book by Elizabeth Klein, “Overdressed: the Shockingly High Cost of Cheap Fashion” addresses the issue of the Western culture’s obsession with shopping and fast fashion.
According to Klein she was never interested in fashion and described herself as a typical American consumer who loves to buy clothes, but did not think of what she was buying or where the products actually came from. She speaks of an incident that caused her to fundamentally change her approach and led her to actually write the book;
In the summer of 2009 she entered a K-mart store in order to return a ripped pair of shoes she had previously bought for 15$. Instead of getting a refund as she intended, Klein emptied a whole shelf of her size shoes, since the prices had drastically gone down. As she went home and felt crazed, she later realized how the affordable fashion culture stops people of thinking about their consumption implications, the source of the items they buy, the economic and ecological damage caused and stops them from dealing with the main question- Do they even need the things they buy?
Cheap fashion, according to Klein, taught consumers they should not pay much for clothing making them pay a little and consume a lot. Cheap selling high street fashion chains changed the dress codes of millions around the world and respectively, reduce the price but also the quality.

In the past people would go to a shoemaker or tailor and invest in a high quality item, that was expensive yet sustainable, allowing us to bond with each item purchased. Today people prefer cheap, trendy and highly available clothes to be enjoyed for short periods and tossed out after using, while losing any unique or personal statement.

One of the solutions Klein offers is to encourage young designers and local manufacturers who use unique and high quality materials.

The many problems of fast fashion were demonstrated in an experiment conducted by the BBC in order to show the appalling conditions in which employees operate in India in the production of T- shirts, trousers and skirts purchased by the women of England for very low prices.

The TV show “Blood Sweat and T- shirts” presents a bleak picture of 21st century slavery.
Items bearing the “Made in China” or “Made in India” tags do not tell us the full story of the production lines and the workers impossible conditions.

The BBC sent six young fashion lovers to the factories and backstreet workshops of India to learn how the clothes they wear are manufactured. They lived amongst the workers, trained on the production lines where every worker has targets to meet and each item produced meets at least 30 pairs of hands and experienced sewing, ironing etc’ while earning very low daily local wages, as do all unskilled workers.
They later experienced the harsh reality of sweatshops hiding in dense and dirty slums, where dozens of workers spend a lifetime.
The main message emerges loud and clear: the aggressive competition between affordable fashion giants cynically exploits the small workers.

After watching “Blood, Sweat and T- shirts “ most people, even though appalled will probably continue to purchase clothing for pennies, but will not be able to shake off the images of the workers spending their nights between machines (all credit given to the BBC).

The decision to produce handmade shoes in small series was not foreign to me. As a Goldsmith, I love the craftsmanship and appreciate handmade work and individual thinking.
For the past several years, since conducting my academic research, I have been engaged with the issues of fair trade.

I often think of the labourers and as a consumer I try to be careful with my purchases.

I love to explore the products I buy, to understand where they come from, which materials were used and who worked on them.
Smart purchases last for years and serve us faithfully.

While designing a shoe, I always bear in mind my internship with the Maestro Bonafè in Italy. How he himself, having passed the legal retirement age long ago, insists on cutting the skins by hand, on supervising each shoe several times throughout the process and on how he checks the quality of the fine finishing when the shoe is done.

Creating my very own design language, the precision of all details and the knowledge that not many will wear the same shoe but those who will, will be happy with having an individual and unique item- strengthen me in sustaining my handmade craftsmanship. 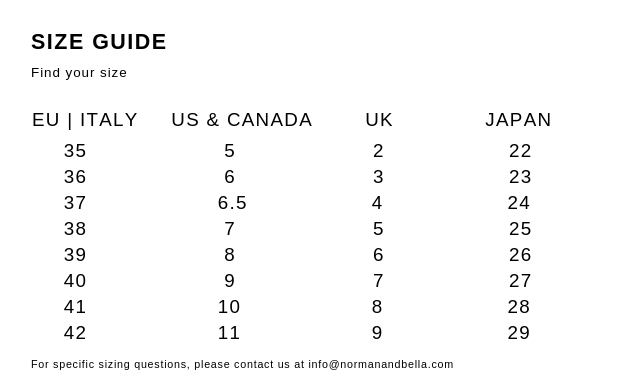